An eagle is still an eagle even if it never takes flight.
It still remains an eagle even if it decides to become a vegetarian.
Even if it’s wings and feathers are cut off.
Even if its talons and beaks are cut off.
Even if it decides to act like a chicken
An eagle is an eagle not because of its physical features or its current ability. An eagle is an eagle simply because of its “parents”- simple
If not so, then drastically changing their external features or physical capabilities would mean they’d cease being eagles but that is not the case.
Likewise we’re winners. We’re victorious.
We’re stars not because of our great jobs, mansions, businesses, toys and the likes. We’re eagles because of our Father who is in heaven.
Have you been able to count the number of stars yet?
Have you seen the beautiful clouds?
Have you seen how a tiny seed can grow into a forest?
And above all, have you seen the very best he’s created? Just look in the mirror.
He created them all.

So even if I lose everything I have today
Even if my account has redefined the color red
Even if everything is working out horribly
Even if I can’t seem to get any break at the office
Even if I keep losing money
Even if I’ve not done anything worthwhile in my life
It doesn’t make me less of a star.
You go to the airport and see some planes that look like they’ve never taken off before. Their dilapidation has not turned them into monkeys.

Those who fly in this life are those who believed beyond all circumstances that they were made to fly. Truth is we’re all made to fly. But only a few people ever recognize that.
Incase you’ve forgotten or didn’t know, let me remind you that you are an eagle and it’s high time you start acting you. Be you. 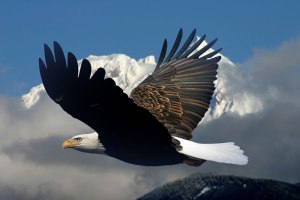 Contrary to what a lot might believe and say about jobs, I know there are jobs and millions of them at that.

I describe a job as anything you can do that can yield income.

How am I so certain of what I write? What gives me the assurance?

Well its because the world we live in are riddled with problems, solvable problems. For every problem lies a solution and that solution often has benefits. The greater the problem, the greater the profit should you find the solution.

If only we would spend more time on finding the solution to the problems that plague us, more jobs would be created.

I remember my first day in it; The behemoth creature. I had been told of its enormous speed, its comfort… but I wanted to feel it myself. The adventure was too enticing to pass. Its sheer size amazed me. Its wings were so long it could carry a large truck. Its ‘talons’ so hard it could pick the roof off a house. Needless to say I was dwarfed by its sheer size. And when I entered into its belly, i was further amazed. It was just as I was told- cozy. I only hoped it wouldn’t consume me in the course of the journey.

After all the necessary protocol, the inevitable time had come. It roared gently. Apparently it never even went off- a beast that never rests. But I surprisingly disappointed because It moved at a snail like speed. When it continued for over a minute, I began to doubt its capability. And as if that was not enough, it took a large turn and came to a complete stop. By this time, I thought what a complete joke!

There was an uneasy calm, it turns out some were so scared. *scoffs* why would I? It again started the boring routine of the snail speed. But I was jolted back, I could not control the vibrations i felt. My heart beating faster than ever as it picked up speed suddenly. And just as I was getting used to it, it flew, literally. Those talons and wings were at work. It went so high, its contemporaries looked like ants. Even though they had gone earlier and seemed to gain an unassailable lead. In retrospect, thank God it didn’t listen to my thoughts. It knew its capabilities and followed through.